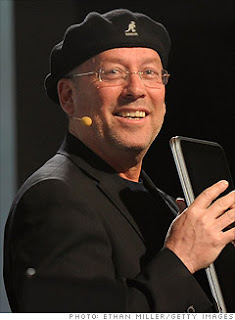 From e-books to enterprise services, here are the most visionary leaders on this year's Fortune 500 list.

Think the PC market is over-saturated? Eden wants you to think again. The success of Apple's MacBook Air line has proven consumers still clamor for notebooks -- they just want them thinner and lighter than before. Eden pushed for the PC equivalent, the ultrabook, and even went so far as to predict this new category could claim 40% of the worldwide laptop market this year. Now as President and general manager of Intel Israel, Eden is running the division largely responsible for innovation in processors. It was Intel Israel where both the Core 2 Duo chip and Sandy Bridge chips were developed and where the next-generation Ivy Bridge chips will largely be produced. Which is why it should come as no surprise that, until recently, the division accounted for nearly 40% of Intel notebook processor revenue. 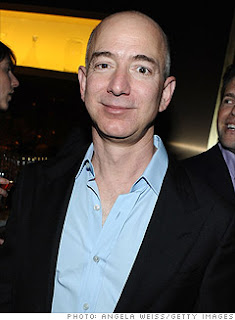 As history has shown, it would be unwise to bet against Bezos, a man who seemingly cares little about low margins and only about making long-term gains. He launched Amazon as an online bookstore from his Seattle garage in 1994 and transformed it into the largest online retailer in the world. He did it again with Amazon's cloud computing services, which have become the backbone of many companies like Netflix, Instagram, and Pinterest. But his crowning achievement just may be the Kindle, a business that single-handedly pulled the book business into the digital age. The company's latest device, the low-priced Kindle Fire, is estimated to have sold millions, undercutting Apple's own wildly popular iPad by at least $300, and perhaps best exemplifies his strategy so far. 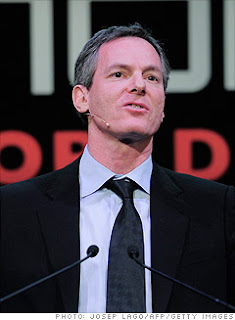 If the future of computing lies in mobile devices, then Jacobs just may be one of the most influential, if understated, figures in tech. Having taken over the company in 2005 from his father, Jacobs has overseen it during an era where smartphones have proliferated. Its chips power many 3G smartphones, and the company wisely poured resources into the the latest high-speed mobile technology, 4G LTE, when other companies focused on competing technologies that fizzled. That's why, if you pry open a new iPhone, or iPad, you'll likely find a Qualcomm chipset inside. 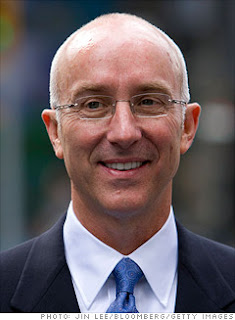 With all the buzz around content streaming, it's easy to overlook Redbox, pioneer of the $1-a-night DVD rental. What began as an experimental subsidiary of Coinstar in 2004 has evolved into one of the company's biggest money makers, so much so that it raised forecasts for its first quarter 2012 earnings, driven by larger-than-expected customer interest in Redbox. To get there, Davis fought several hard-won legal battles with movie studios concerned that the company would further eat away at DVD sales. And expect the Redbox business to expand even further thanks to the $100 million acquisition of NCR Corp.'s entertainment business, the unit behind the Blockbuster Express brand, as well a new streaming service in partnership with Verizon, due out the second half of this year, that could give Netflix's own instant service a run for its money.


5.William LynchCEO, Barnes and Noble
When people think about e-books, they often think of Amazon. But it is Barnes and Noble, once the looming goliath to local book stores, that many publishers not-so-secretly hope will succeed. In recent years, it has struggled mightily, closing more than 100 stores and seeing its stock price languish. But it managed to build a game changer in its Nook. Microsoft is investing $300 million with Barnes & Noble for a 17.6% stake in its digital e-book reader. Microsoft's investment values the overall Nook business at $1.7 billion, which is more than twice the $792 million recent market value for all of Barnes & Noble. 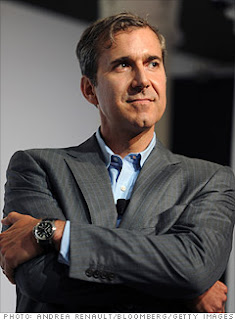 6.Andy RubinSenior Vice President, Mobile, Google
As smartphones and tablets become more prevalent, Rubin's role arguably becomes that much more important for Google. Rubin is the founder of Android, the rapidly growing mobile operating system, which stands in stark relief to the heavily-controlled approach of Apple's iOS. It's also giving Cupertino a serious run for its money. More than 850,000 Android devices are now activated on a daily basis, and as of last February, 48% of all smartphones in the U.S. ran the operating system. 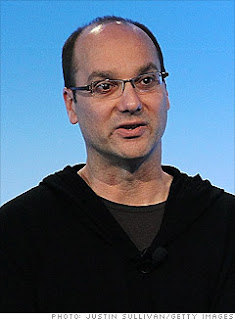 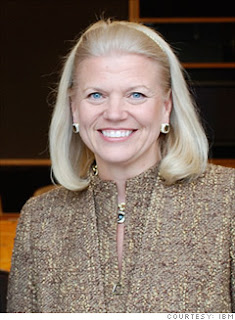 IBM's first female CEO has a storied history with the company. A Northwestern University-trained computer scientist, Rometty joined IBM as a systems engineer and quickly rose through the ranks to a series of management jobs, including Senior Vice President of sales, marketing, and strategy. During her ascent, she championed the purchase of the big business consulting firm, PricewaterhouseCoopers Consulting, for $3.5 billion. She's also largely responsible for the company's current strategy, focusing largely on cloud computing and analytics. 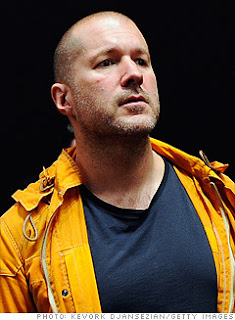 
Credit Ive with designing some of the most wildly popular devices in existence, including the iPod, the iPhone, and the iPad. Though the soft-spoken Brit arrived at Apple in 1992, it wasn't until 1997, when Steve Jobs returned to the fold, that Ive's career took off. His first design, the iMac G3, made consumers and competitors the desktop computer could look like -- something that could be said of nearly every device he's crafted since. 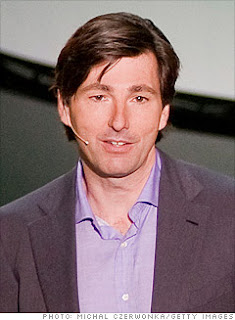 Mattrick is largely to thank for the bestselling video game console of this long-running generation, the Xbox 360. When he first arrived from Electronic Arts to Microsoft in back in 2007, things weren't well. But Mattrick turned things around with a three-year plan to streamline the business. Mattrick also assembled the team and recruited the talent behind Kinect, the company's motion-sensor controller for the Xbox 360 that has since become one of the most popular consumer products in recent history.


The ex-president of Verizon's Northeast Area now oversees the planning and build-out of America's "most reliable" data network. That includes its high-speed, fourth-generation LTE network, which offers download speeds up to 10 times faster than previously. Small has vowed to aggressively up the number of markets the service is available in to 400 by the end of 2012, covering more than 260 million people. For now, that puts Verizon Wireless far ahead of its nearest competitor, AT&T, which is only in 35 markets. 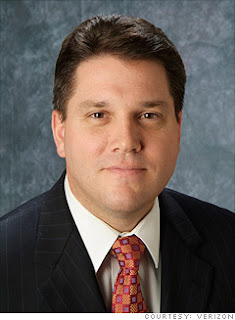 When I initially left a comment I seem to have clicked on the -Notify me when new comments are added- checkbox and
from now on each time a comment is added I recieve 4
emails with the same comment. There has to be a
way you can remove me from that service? Thanks a lot!

I'm impressed, I must say. Rarely do I come across a blog that's equally educative and entertaining,
and without a doubt, you've hit the nail on the head. The problem is an
issue that too few people are speaking intelligently
about. I'm very happy that I found this during my
hunt for something regarding this.

my page does the fat Loss factor Works?